After our Christmas Day pint on the beach. Ok I admit it was two drinks, you have to have a balanced diet and one is an odd number. That’s my excuse anyway. Boxing Day was a miserable day weather wise so we just had a chill out day inside.

Staying in is not good for me as I get cabin fever and so it’s not good for Nikki because I get on her nerves and tend to wind her up. We wanted to go out on the bikes so I said whatever the weather tomorrow I am going out on my bike, are you coming. Yes she says. Nikki has not been on her bike for a year, the last time being in Spain and the weather this day was not like being in Spain. But she got wrapped up and off we went along the coast path which would have been really nice if we could see anything through the misty drizzle. We biked to Burry Port, the next small town along from Pembrey. On the way back Nikki took a corner wrong and the front wheel went down a pothole in the grass and yes, she was off, lying on the floor groaning. I stopped and asked her what she was doing down there and to stop doing all these tricks. Joking aside she did hurt herself and think she has cracked a rib or badly bruised it and hurt her knee.

The next day we went to Carmarthen to visit some friends. A couple we met on the campsite in Cirencester. When they knew we were going to be at Pembrey they said we must come to visit. Really nice to catch up with them and the home made soup they made for lunch was loverly.

The next day we went to Gowerton to visit some more friends. They are also wardens and we met them when we were working at Tredegar. They are babysitting a site. Was nice to see them. It’s hard work this four months off you know. Going here going there.

Yesterday I went out on my bike, on my own all around the forest tracks. Only a short ride around but managed to do fourteen miles. (Without falling off). Nikki stayed at home. Then when I got back she said she was going to go for a walk down the beach. I can’t stay away from the beach for long so I went with here and walked another four miles.

Pit stop on the forest tracks 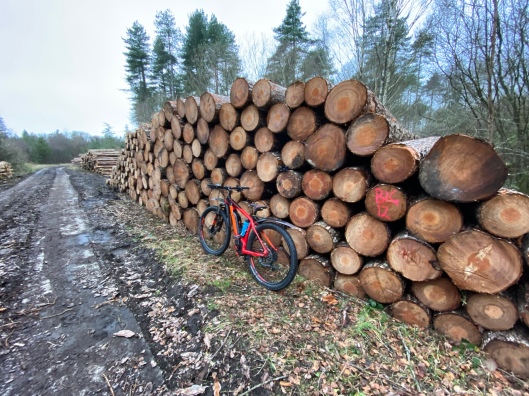 And the one that Nikki didn’t falloff thank god. 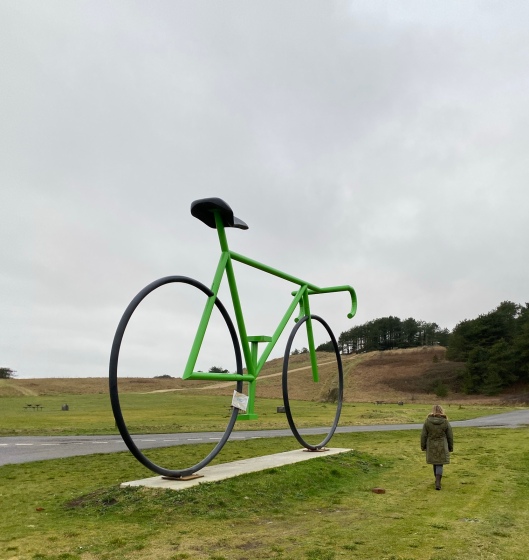 Today we went to Kidwelly to visit the castle. The castle is right on the banks of the river Gwendraeth. And this very castle was used in the opening scene of Monty Pythons film the Holy grail. Now you know where the blog title comes from. I love old buildings and castles etc. Kidwelly is only a ten minute drive away. Another small town. We got there early so no one else was in the castle. It amazes me how they built these castles all those years ago. Wales is home to so many castles. Some are just outside walls that are left but this one was looking good seeing how long it has been stood there, and all the things that have happened to it through it’s life.

Can you imagine what life was like peering out a window this size and seeing the enemy coming towards you. Today you look out at the church. 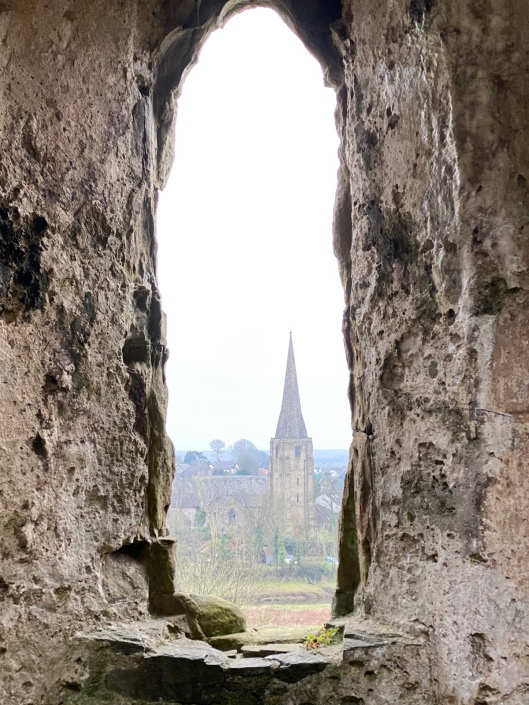 We were there about an hour wondering around, I went up as high as I could climbing a spiral stone staircase which was dark and damp and as low as I could climbing down into the bottom of the castle which would have been where the prisoners were kept. Some great views from the top.

After we got back from the castle and had lunch I was off out again to Burry port. I wanted to get my hair cut and had spotted a barbers while we were there the other day. WARNING do not get your hair cut in Burry port. The lad that cut my hair looked like he had just got off his paper round and found some scissors, or got some for Christmas and decided to play with them. Luckily I came out of there with my ears still attached to my head. I think I would have been better off going up into the Welsh hills and finding a sheep farmer with a pair of shears. Hope he finds another job soon.

So that’s us for another year. The last two months since we finished work have flown by. We still have another two months off before we start work. And more places to go and more peaple to see. So we wish you a happy new year and a prosperous 2020.

The king of the castle.