So much to do so little time. Do you know that feeling. Work certainly gets in the way of life. But it’s something we have to do, well we do. We had a very busy bank holiday on the site at Easter and the May bank holidays also. The electrics all went down on part of the site, on a Friday so we were trying to sort that at 9pm and trying again in the morning. Some peaple are ok with it, others you would have thought the world had ended because they had no electric. The funny thing is though most of them still have power in their caravan or motorhome because they have a leisure battery. All sorted in the end and no one was killed or seriously injured, nearly does not count. A couple of days later I got stung by a wasp in the night, that was more serious, I woke in the night and felt something crawling on my arm so I brushed it off….OUCH!!! The wasp had stung me, not been stung by a wasp for years. I jumped out of bed, Nikki woke up. We saw the wasp and hunted him down and destroyed him. Meanwhile my hand was throbbing like mad. Put some magic cream on the wound and watched my hand swell by the minute. Could not sleep then, the pain was really bad and I felt sick. Next morning my hand was twice it’s normal size and all up my arm. It took about four days until all was normal again.

We went away on our weekend off. We went down to the campsite near Sidmouth in south Devon, Putts corner, which is where we did our work experience. We have kept in touch with the wardens there, so was good to catch up with them. They laid on a BBQ and we walked to a nearby pub the next day. Our next weekend off we are staying around here and just going out for the days. The following one we are going back to Devon to get the camper serviced and mot done and the car at the same time.

Yesterday we had a day off and had arranged to see Nikki’s eldest boy and the grandchildren in Aylesbury where they live. They are members of the national trust so we opted to go to Waddesdon manor about twenty minutes drive from them. I was expecting a dusty carpark with about twenty cars in when we got there and a Manor House of course. Forgetting it was half term, the carpark was a huge carpark the size of two football fields and all tarmac and lined out and it was busy. 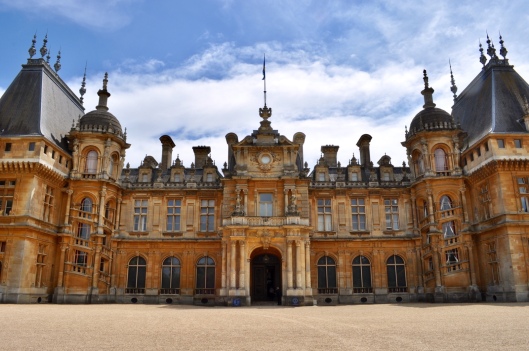 A bit of history for you on Waddesdon manor. Baron Ferdinand Rothschild wanted an estate where he could escape London in the summer months. The vale of Aylesbury, known as Rothschildshire for the number of houses owned by the family in the area was chosen. When he came into his inheritance in 1874 he purchased a bare agricultural estate. The foundation stone was laid in 1877. At that time to have an aviary was the thing to do and so an aviary was built in 1889 and was all restored a few years ago.

The whole thing amazes me, to think how they built such a fine house all those years ago and at what expense and no modern machinery. If you go on the website of Waddesdon manor you will see more info. We never went into the house. Will do that next time. Just the grounds was enough for us to do with the grandkids. I think this was the first national trust property we have visited but I think we may be doing some more, when we get time. 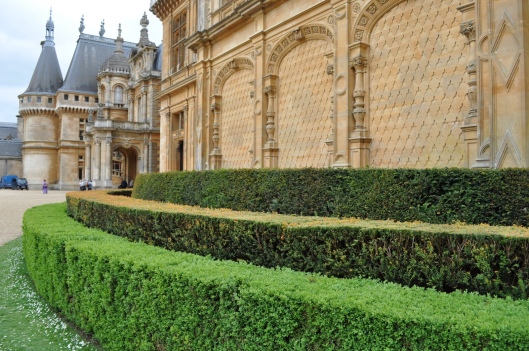