We got to Benicarlo and onto the campsite called Alegria Del Mar. We have been here before once or twice. It’s a good stopping point for us. Nice big pitches and close to the sea. Run by an English/ Spanish family. The part we always go in, there are only about twelve pitches so it’s nice and quiet. That is if you don’t count the spanish dogs and cockerels who can’t tell the time and are afraid of the dark. But that’s spain for you. We got set up and then grabbed a cold one from the fridge and the chairs and chilled in the afternoon sun. Happy days. Some old friends of ours who we met there three years ago were there again so good to catch up with them. The next day we decided to cycle from the campsite to Peniscola, it’s all flat along the promenade and about six miles away. I said to Nikki if at anytime you want to turn back just say, it she made it there, had a rest, cake and a drink and then cycled all the way back. A nice twelve mile round trip. I must add that I never had my power on for the whole trip which was just a challenge to myself. When we are here I often wander off to look at the sea, just out the back of the campsite among the big cacti. 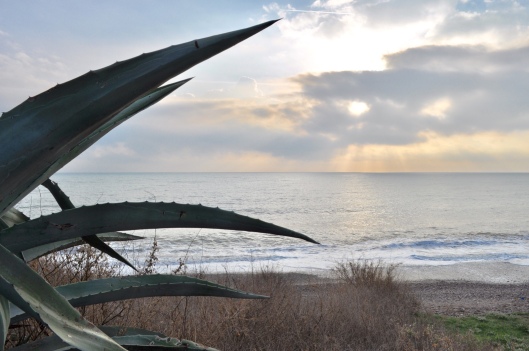 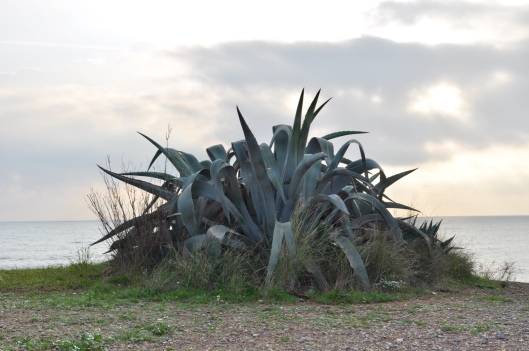 After three nights here it was time to move on to our winter destination Villajoyosa. Again the sun was out while we cruised along. 1215 miles after getting off the ferry we arrived at camping imperium in Villajoyosa. We have been here once or twice before also. 1545 miles after leaving Woolacombe and having a bit of a tour before catching the ferry.

Before we could even turn the engine off as we got on our pitch we were greeted by old friends which was nice. All set up in the sun and a beer and a wine as a reward. The next day the weather was not so kind, thunder and lightning and heavy rain all morning. I did think about asking for a refund!

We have been out for a small bike ride today, just to get Nikki bike fit. Yesterday I went out on my own up and around the reservoir which is a ten mile loop. As soon as I get a bit of bike fitness back I will go out with a couple of friends here who are going out and doing about 50/60 km.

last year me and Nikki had a ongoing discussion about Heinz baked beans. Spanish versus English. She says there were more beans in the spanish tins and less sauce compared to the English ones. I said she was talking rubbish and they’re all the same. To prove my point I said I will count them. So the other night we had beans in our meal but before cooking them, yes I counted them. That was the Uk ones. The next time we have beans I will count the spanish Heinz beans but not in Spanish. I won’t tell you how many beans there were in the Uk tin, but will post the results in the next chapter of the blog, that’s if I can stop farting from eating all these beans. 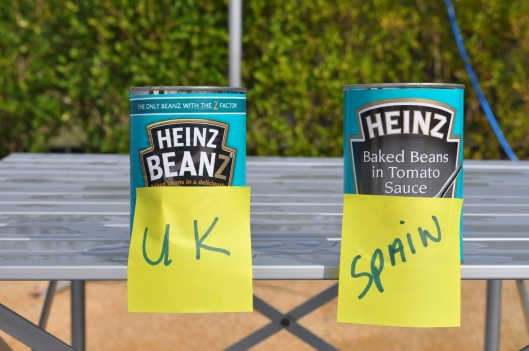