You will be pleased to know that the results from the Heinz Uk beans V Heinz spanish beans are in. This experiment has taken place in a controlled environment, the confined space of a camper van. No human bean was killed or seriously injured, but Nikki was slightly nauseas by some gas fumes. She has made a full recovery since. The results are UK beans 364 spanish beans 371 which means Nikki was right there are more beans in a spanish tin of Heinz baked beans than an UK tin. Rip of Britain strikes again. I will be writing to Heinz. Of course they will deny this and ask for a recount. Which is fair really, it should be the best of ten tins. But Nikki says she could not stand to be put through all that again, so in the interest of my marriage and health and safety this will be the only experiment on the matter. I would like to point out other beans are available. Now I wonder how many smarties are in a tube. No way.

Moving on. We have been out on our bikes, both together and separately. I had a great ride out the other day, up around the reservoir, got chased by a dog on the way he managed to get away, but then got a puncture in the way back, luckily it was just as I was near the campsite so it never went flat until I was back at the camper. I planned a route to take Nikki out which avoided a lot of main roads, going on the back roads and then dropping down on some main roads but all easy stuff and ending up at La Cala which has a nice little bay although the town is big. About a ten mile trip. It’s a stones throw from Benidorm which is just around the next corner about another two miles. 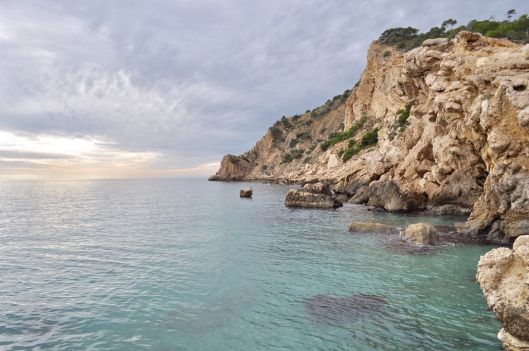 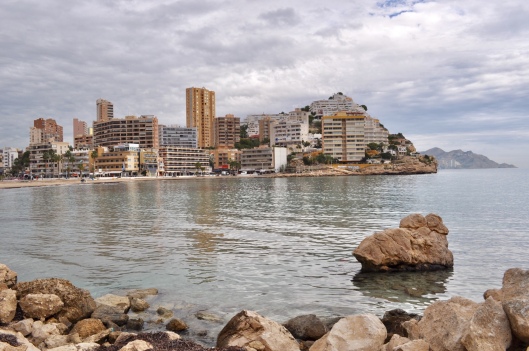 We have been down to the Chinese shop, not a take away but a shop that sells everything you need and everything you thought you needed. The Chinese shops are all over spain. It makes me wonder if the Chinese living in China when they go shopping do they buy genuine Chinese goods or Chinese copy goods. The local market on a Thursday is our stop for fruit and veg which is very good and cheap. The price you pay for this is having to dodge all the over 90,s with their shopping trolleys. Boy racers have got nothing on these ladies.

The weather has been a bit overcast but very mild. Yesterday was a really warm sunny day. The sort of day we want more of and sure we will get. We have more friends arriving soon, that’s if they can get down through France with all the blockades going on there. The fuel in France is as expensive as in the UK now but spain is cheaper. That’s us up to date. One last photo to remind you why we do this. 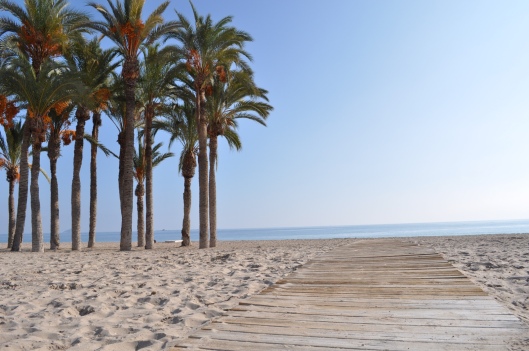