No I have not turned into a fitness freak or lynford Christie. When I say out for a run I mean we are taking the camper out for a run. We have been on site for a month now, how time flies. We have settled in nicely and doing a variety of jobs. I have done a small bit in the office and Nikki has done a bit outside. Evidence below.

I think she looks good on the John Deere’s and she did really well at a bit of reversing also. The weather has been fantastic until the last week when the temperature dropped a few degrees and there was even a flurry of snow. We were asked to go and help out at another site because they were struggling. The site at Morton in marsh was a nice site. We drove there and back everyday. About 26 miles each way and only took about 3/4 of an hour. We did it for four days.

On one of our days of we walked into Cirencester to have a spot of lunch and sample a pub or two. The first pub we went in was a bit too much like a cafe, the second one just never felt right. Third time lucky, a proper pub, with open fire, wooden floors, wooden beams. Good beer and good food. A nice afternoon followed.

Every three weeks we get a long weekend of, so this weekend we decided to give the camper a run and get of site. We decided to go to a campsite in Stanlake, near Whitney. We have been there before when we had the Winnebago. It’s only about an hour away so not far. A nice pub at the end of the road which we went to last night. Today we decided to go for a walk through the fields and round the lakes about two miles each way to another pub by the river at Newbridge. Really nice walk and the pub was ok as well. The path to the pub. 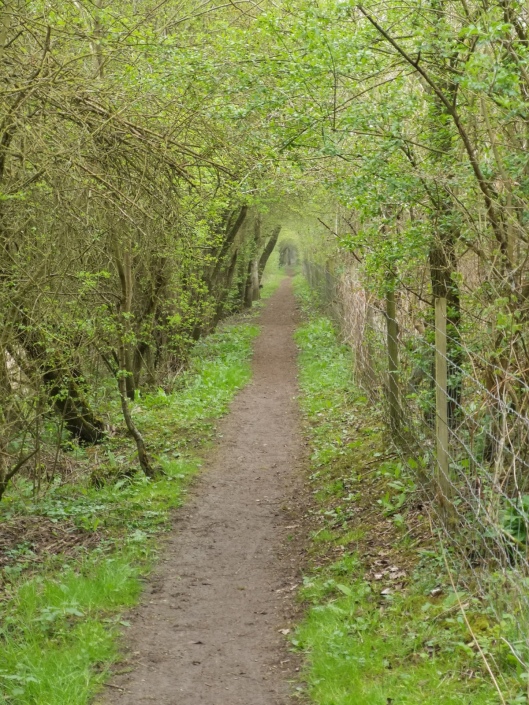