We left the campsite at Evormonte, heading out on the N18 towards Albufeira on the algarve. Decided to avoid the toll roads, not just to save some money but the other roads are more scenic passing through little towns, and even when we passed through Evora the road through the town was all cobbled stone. I thought any minute we would end up down a dead end or a street that only a donkey could fit through but we got through no problem, even though the camper had a good shake up on the cobbles nothing fell off.

The Portugese roads are as bad as in England and they are doing a lot of improvements, I think on all the ones we wanted to travel on. So we lost about 20 minutes according to our sat nav. But who cares we got a bit of time and we ain’t in no rush to go anywhere.

We arrived at the campsite at Albufeira, it’s a large campsite, with a bar, restaurant, 3 pools, static caravans, lodges etc. Not the sort of site we would normally go for but it’s cheap enough and peaceful this time of year.lots of trees around for shade and the pineapples are huge. Albufeira was hit by a really big storm on the 1st November this year that’s only a month ago. When I say big storm it was big. Go on you tube and put in Albufeira Storm. They are working so hard to put it all right. We walked from the campsite down to the old town which was hit so bad and you can see where all the damage was done and how hard they are working. Lots of places still closed up. The old town also leads onto the beach, so it was great to see the sea again. 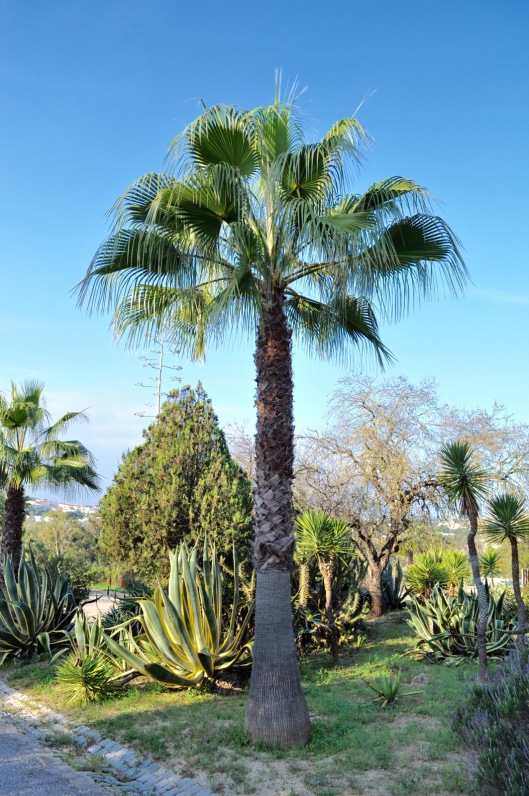