So where did that month go. I can’t believe we have been away for a month already.Our last evening at Caceres we were sat outside having a beer & wine, a bit unusual for us but we thought we would give it a go. It was nice. A motorhome came onto site and it was our friends from Devon who manage the site we spend a lot of time on. They were going to meet us in Portugal for a couple of days and had no idea where we were just pure coincidence they picked that site on there way to Portugal.  We are now in Portugal and the sun is shining and looks like it’s going to shine for a day or two yet. 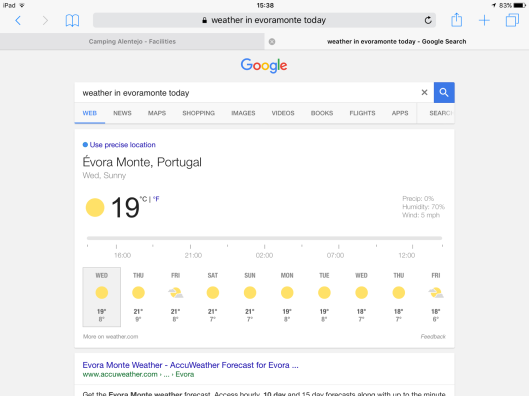 Ok if are still friends after you seeing that last pic,I will show you some more later. The drive from Caceres to here Evora monte was really nice, decided to avoid the main roads and take the B roads. Again the roads were really quite and winded there way through small little towns and miles of high chaperal countryside and the occasional hill to climb.I was expecting to see some Cowboys and Indians. We were due to go on one site but could not find a good review about it and were told it was not a well looked after site, so Nikki found another on line which was on out route anyway. Run by a Dutch guy and his wife it’s a small site its very clean and tidy. He was telling me all about the trouble he had with planning etc and it took so long to get anything passed. In the reception are some items made from cork as a few miles away is a cork factory. The items in the reception include key rings, bangles, and a cork baseball cap which I really like. And no the hat is not made from the corks from Nikki’s wine bottles. If they were to use her corks it would make a three piece suit. LOL 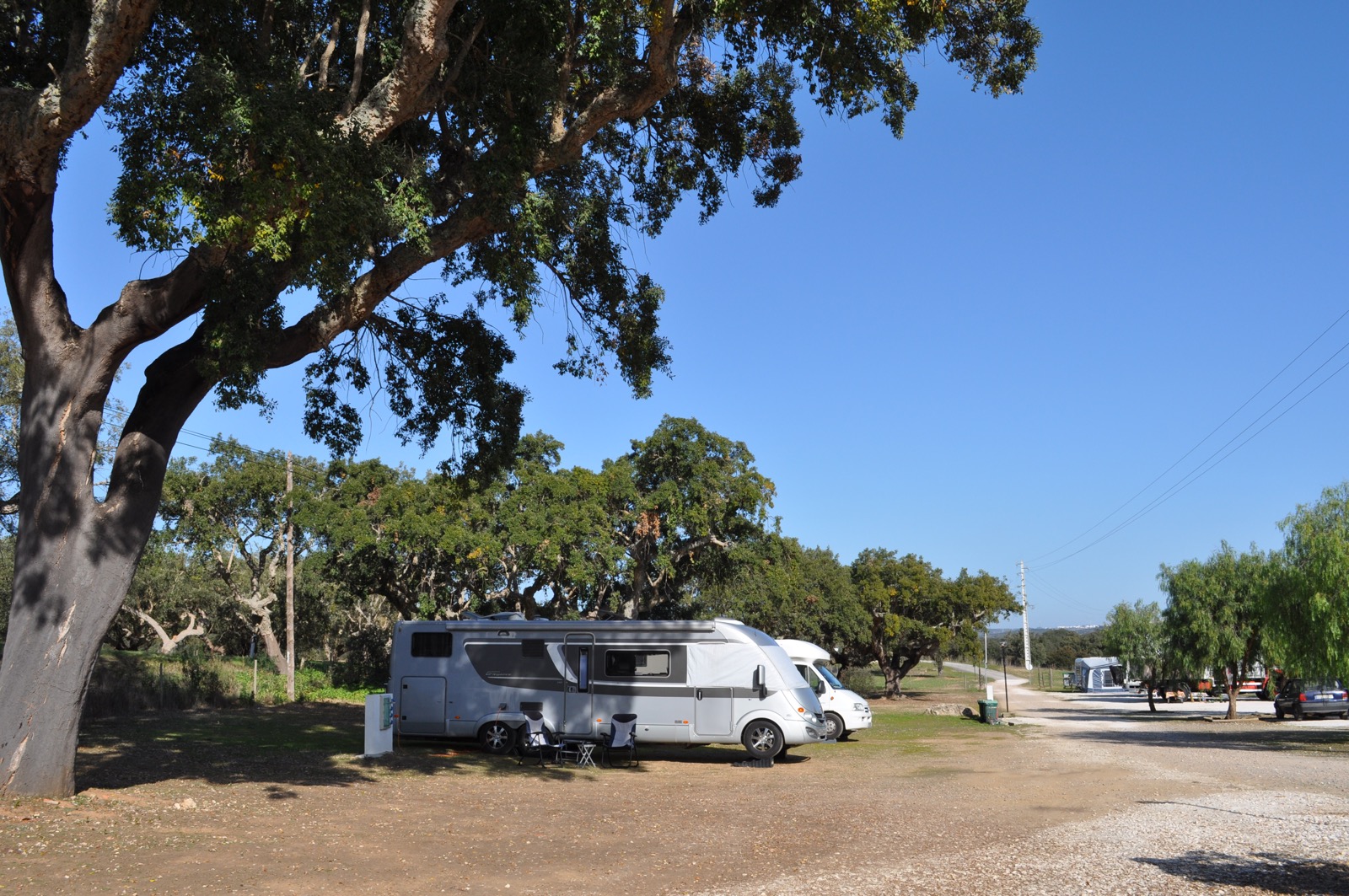 As you can see we parked in the shade as it was hot….oops sorry must not mention the weather. Ok instead you can have some photos of the site, the pool is not heated but me being me I am going in it later. Nikki is not, she says it’s not the cold water but it will mess her hair up. We will spend a couple of nights here and then move on south to Albufeira that’s the bottom of Portugal, the algarve for those that dont know.  So until then Obrigado.